Team Frankie Laine was formed in 2000 by founders, Mary-Jo Coombs, Jimmy and Barbara Marino, Benny and Dorothy Hollman. Among many accomplishments is the production of Frankie’s Life story documentary, “An American Dreamer” which began in 2000 and premiered in 2005.

The purpose and goal of Team Frankie Laine (TFL), is to promote the image and music of Frankie Laine around the world, managing special events, concerts while producing several CD’s and concert videos. 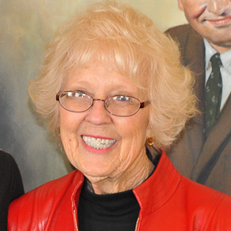 Mary-Jo was Frankie Laine’s executive assistant from the early 90’s on. She organized, and corresponded with Frankie Laine fans all over the world. When people asked questions about Frankie’s life and career, or they wanted CD’s, Tapes, or just a picture, Mary-Jo fulfilled all their requests. When Jimmy Marino was co-managing and producing for Frankie, he wanted to produce the life story documentary of Frankie Laine.

The meeting was set, Mary-Jo, Frankie and Jimmy sat around Frankie’s kitchen table as Jimmy made the proposal. Frankie was very interested in having a documentary done on his life. He was truly excited that we wanted to produce his life story. Mary-Jo asked Frankie if he would allow her to become the Executive Producer for the documentary. Frankie was thrilled with her request, and agreed whole heartedly. This was a partnership between Mary-Jo and Jimmy, and the beginning of what was to be Team Frankie Laine. Mary-Jo was the driving spirit behind what was to follow. Mary-Jo, Jimmy and Benny, along with Barbara Marino and Dorothy Hollman, became “Team Frankie Laine”. 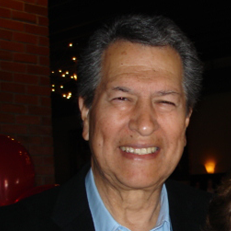 Well-known and highly-respected as a musician, Composer, Arranger, and Conductor, Benny Hollman became Frankie Laine’s last Musical Director. Benny’s “Big Band Explosion” won many awards as the best Big Band in Southern California. His band has been the official Chargers Band for many years. His collaboration and close relationship with Frankie Laine was the most rewarding opportunity of his musical career. As Frankie’s Musical Director, Benny would advise and work on music selection and arrangement.

Frankie had total trust in the advice  and talent Benny brought to him. His involvement with “Team Frankie Laine” was not only important, but very necessary. Working with Jimmy and Mary-Jo, Benny Hollman is the final touch for “Team Frankie Laine”. The goal of “TFL” is to keep the music of Frankie Laine playing as long as possible for his many fans around the world. 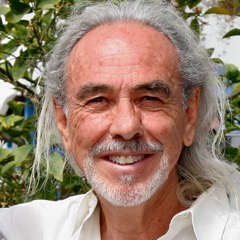 Jimmy Marino’s high school friend Benny Hollman, introduced him to Frankie Laine in the early nineties. Marino an experienced Film, TV and music producer, was brought in to document and co-manage Frankie Laine. Along with Mary-Jo Coombs, Frankie’s executive assistant, several CD’s, & DVD’s were produced, including the life story documentary, “An American Dreamer”. Marino, Hollman and Coombs organized personal appearances, events, concerts and communication with Frankie Laine fans all over the world, while developing and maintaining the Official frankielaine.com web site. We formed “Team Frankie Laine”, with the goal of keeping Frankie Laine’s music alive for many years to come.